How “make me better,” the “culture to share” and Social Workplace Learning are increasing WeQ

“IQ is replaced by WeQ in digitization” is a key statement in a great article on differentials and contributions to business success written by Günther Wagner. More and more people and companies are now concerned with the “We” and how this can ideally be promoted, because without a “we-community” and its associated framework, conditions and parameters, the WeQ lacks the basis to develop itself. Using contributions, intensive discussions and workshops with companies, as well as personal observations in one’s own environment, here is some food for thought on how these parameters work.

The WeQ, especially in digital transformation, can be supported by four essential drivers and foundations: 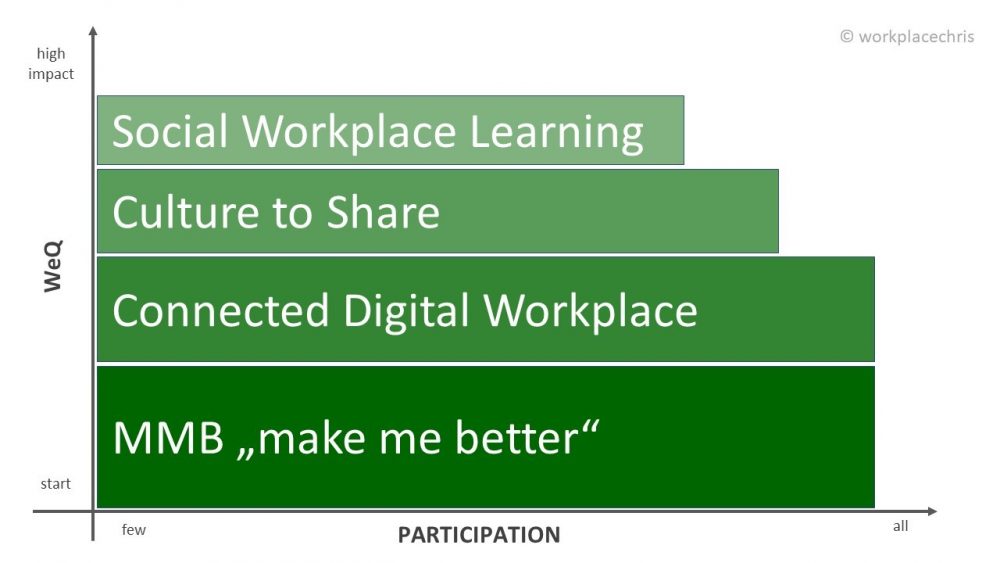 While MMB is a central foundation of the WeQ, in which ideally everyone 1) participates by adhering to principles and 2) has technological access to a networked workplace in one form or another, the WeQ can continue to grow as long as most employees have accepted the “Culture to Share” and they actively operate Social Workplace Learning.

“Make me better”: a methodology in communication

There are certainly some methods to encourage people to help each other become better and do the right thing. A comparatively easy method to implement because it is subject to simple guidelines would be the “make me better” (MMB) method. The idea comes from John Streletzki’s book “The Big Five for Life”. Interpreted for meetings, it works pretty simply IF everyone consistently participates.

In any analog or virtual meeting where innovation, ideas for improvement, and voting are needed, the following guidelines apply when a person makes a suggestion, contributes an idea, or contributes to a topic:

The positive effect of this approach can be represented as follows: 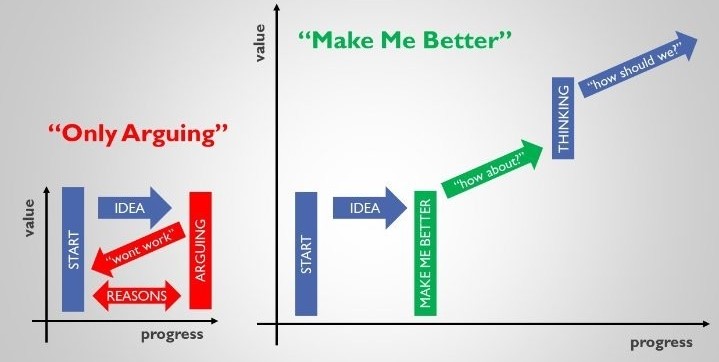 In any case, this promotes the “WeQ” in contrast to only questioning the personal IQ of a person; or the IQ of some people does not even become visible. People who otherwise contribute less are also given the chance to speak and the “doesn’t-work-anyway” type is deprived of its breeding ground.

More ideas are shared and made better together. The WeQ can develop.

More details and examples of how it can work in meetings and enterprise social networks are described in the following article.

Another foundation is the networked workplace. It is often created by open-space offices and, in the digital domain, by enterprise social networks, or “ESN” for short (e.g. Office 365, JIVE, etc.). It is important not only to create the analog or digital framework, but also to promote the corresponding changes in behavior (MINDSET) and to apply new methods of cooperation.  Building on the MMB described above, the “Culture to Share” is also an important component.

Another foundation: online and offline networking. Available at any time.

MMB creates a basic willingness to share and reveal one’s own opinion, because one does not have to be afraid to have to justify oneself for it. But that alone is not enough for the growth and prosperity of the “Culture to Share.” What often stands in the way is the old understanding that one’s own knowledge, the IQ, is important in order to make a career and earn a lot of money. Here, too, Günter Wagner aptly describes in his article how changed bonus systems can contribute to this. Thus two cornerstones are laid. Developing this culture is the subject of several other factors.

An ESN does NOT develop into an innovation-promoting tool if the following, and often seen, ERRORS are made:

Without active sharing, transparency and letting go of old thought patterns, it becomes difficult to reap the full benefit of an ESN.

Social Workplace Learning rounds out the development of WeQ in a sustainable manner. It can be defined as:

A decisive factor for success in this final foundation is the understanding that Social Workplace Learning can only be established across departments. Because in the past – and often still today – we work in silos, it is important to be aware of the ways that this can prevent the development of an effective digital workplace and its associated innovations:

Then, when a tool such as an ESN is introduced, a face-to-face training or webinar is quickly set up to train the employees, hardly with a sense of “why” and from my experience without a vision for how to make it sustainable over time. Offering additional elearnings and then “blended learning” does not create any change and development towards the “WeQ.” Due to this silo thinking. MINDSET and SKILLSET are usually left behind. The belief is that the TOOLSET will work sooner or later. It’s only technology and it’s easier than humans.

Now some will ask themselves: “But what role do managers play and where can they be found in the building blocks? There must be someone who does all this and manages it.” The simple answer is: right in the middle! “Because they are part of the WeQ and, like all others, are subject to its framework, conditions and parameters. Otherwise there is no WeQ at all! Instead, it is an employee WeQ without the IQ of the manager and it remains with the prevented development and subdued innovative power of the company. If a manager used to be primarily a person who managed people and resources, this picture changes. The manager becomes more and more a part of the community, who makes his position valuable primarily by his active contribution to the increase of the WeQ and to lead the team with a good example.

Establishing Social Workplace Learning is not easy, as it disrupts old ways of thinking about learning, working and communicating. Establishing and promoting this, however, should be part of corporate, departmental and team goals, and when applied, the personal fulfilment of employees’ goals.

Here the circle closes to the article mentioned at the beginning about the contribution of executives in companies and bonus schemes. 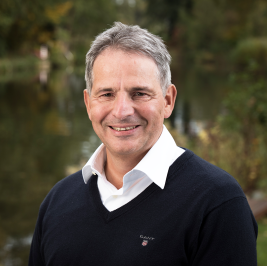 Christian Müller, Chief Customer Success Officer of Pokeshot GmbH, has expertise and many years of experience in consulting medium-sized companies in the effective use of modern learning methods to increase the competence and motivation of employees. He is a respected blogger and founder of “The Learning JEDI” LinkedIn Group, where he shares his experience with other learning experts. His expertise ranges from classical eLearning formats, game based learning to modern methods, which are characterized by the increasing demand for mutual learning (social learning) and learning by experience (performance learning).